The time is almost here.  The Walking Dead season 3 is almost ready to premiere.  I’m not sure what excites me the most the new season coming on every week on TV, the last season debuting on Blu Ray, or all the collectibles that are coming.  This year during the premiere month there are Mcfarlane figures, minimates, plushies, Funko POP!s, and Wacky Wobblers.  The Walking Dead Mcfarlane figures look pretty awesome.  There are some of the more memorable Zombies from last season like the RV Zombie and Well Zombie.  Of course I know what excites me the most this year and it’s what I think excites everyone the most- the debut of Michonne, the Governor, and the return of Meryl Dixon.  It will be the most intense season yet.  What are you most excited about this season? 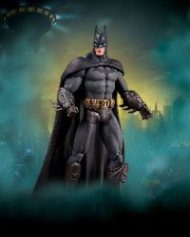 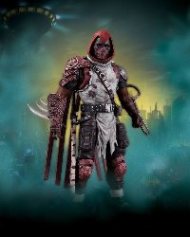 The Arkham City video game maybe almost a year old but the figures by DC Collectibles are fresh, new, and awesome in every way.  Series 3, the latest wave to release has 6 new figures.  That brings the total number of Arkham City figures released by DC Collectibles up to 16 plus one more in the Deluxe Titan Joker figure set to come out in November.  The new wave features Azrael, Batman, Ra’s Al Ghul, Penguin, Clown Thug with knife, and Clown Thug with bat.  I think Azrael is my favorite.  There aren’t many Azrael figures produced and this one is unique from what we normally get.  The character wasn’t very big in the game but every time I got a glimpse of him while playing I was impressed with the new look.  DC Collectibles has announced that they will be making more of these figures and I’m curious which characters they will choose.  Maybe Nightwing?  Which Arkham City character would you want to see made?  Check out our facebook page, http://www.facebook.com/jmdretailtoys, for updates on the Arkham City figure announcements and other collectible news.